Home / The Benefits of Arts Award Gold with Guiseley School

The Benefits of Arts Award Gold with Guiseley School

As part of Arts Award Celebration Week, IVE’s Charlotte Brook and Caroline Courtney attended Guiseley School in Leeds to talk to some 6th Form students that have been completing Arts Award Gold and discover what they think of the award.

Caroline and I visited Guiseley School last week to talk to some of their Sixth formers who have completed and been awarded their Gold Arts Award, with the help and guidance from their adviser Anne Dunkerley.

It was a really special opportunity for us to get their thoughts on the benefits and challenges that can arise from completing the award and they gave us some top tips for anyone else about to begin their Gold journey. 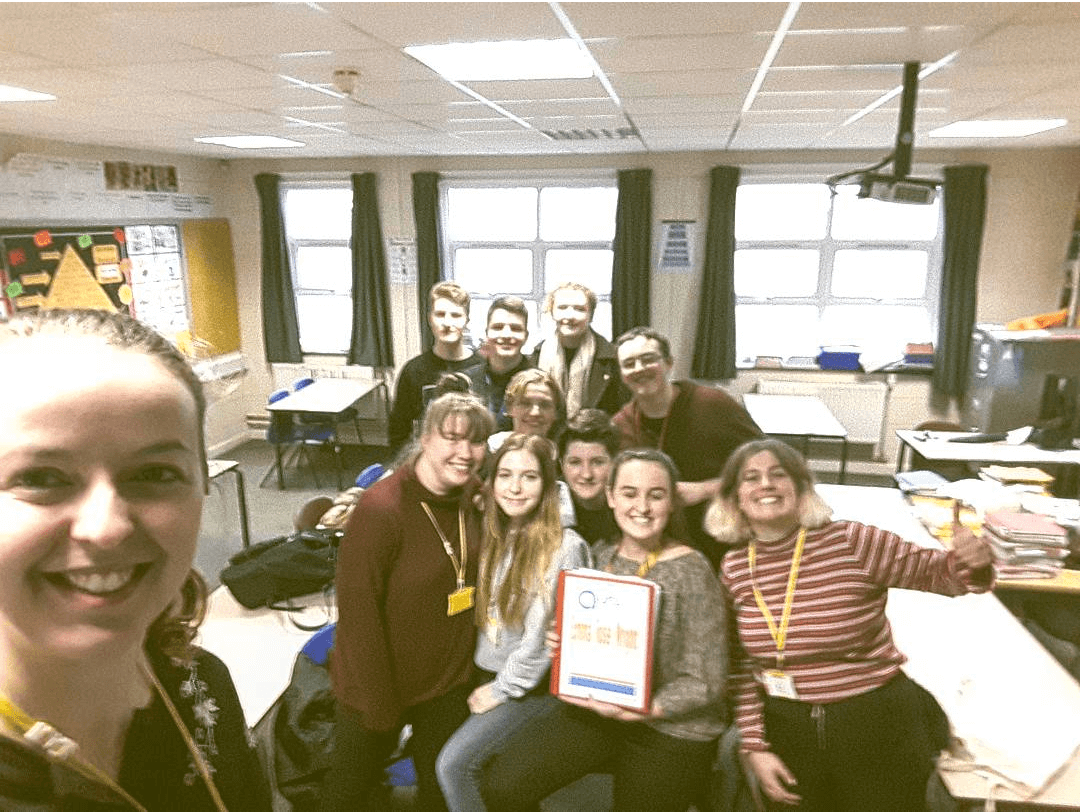 At IVE we have always felt that the leadership skills developed from doing a Gold Arts Award are integral to its value for young people. As a result, the young person develops a real selling point or stand out trait when it comes to their employability. We asked the group whether they felt this was the case for them and how this leadership skill developed over the course of the program.

“Organising the leadership event ‘New Beginnings’ at Guiseley theatre with 80 children performing, was itself a challenge and brought out these skills. Each Gold student had their own role within the event, from head of communications, to risk assessment. Plus looking after 4 primary schools and coordinating everyone was a huge undertaking and at times required quick thinking and initiative.”

As well as individual leadership they had to pull together as a team when it came to delegating roles and coming up with a whole initiative. Communication was key to this project, especially when talking to the heads of venues and schools and getting across project aims.

The group really enjoyed using a live venue to work with, because it meant they were put in real life situations where you were responsible for not only the children but the audience too.

When discussing the challenges of their Gold award, another student, Luke, recommended that long term planning was key, particularly when identifying the organisation you want to do the work experience with. Emma also recommended noting down your reflections as you go, because; “by the end of the project you have had so many experiences that it can be hard to recall all the details.”

Becca also made a good point that sometimes you can start Gold with too many ideas or too big a project than is actually realistic, so she said to be ambitious about that particular thing you want to involve yourself with and focus on that. The group all agreed that working together on this project and being able to lean on each other in terms of advice and support was really important to their overall enjoyment of it. For them, working as a team was rewarding and efficient. 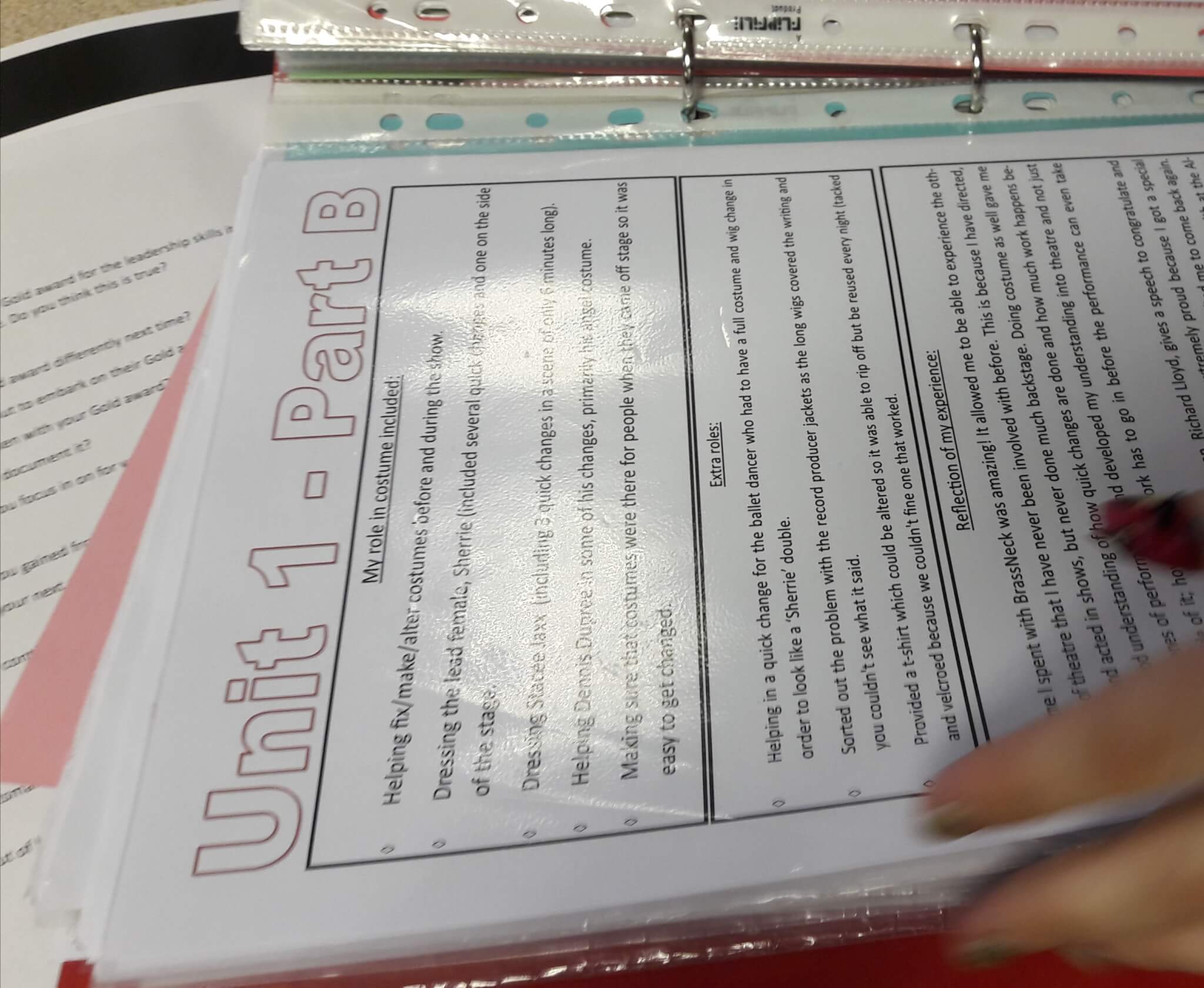 In terms of Anne’s involvement as an adviser, she said that “finding the balance of guiding the young people through it rather than taking complete control of situations is key.” In addition, finding the appropriate methods of evidencing and the amount of content to show the moderator can be difficult but something she feels they have found a method with.

Guiseley School finds using digital documentation as well as the portfolios that the young people put together is a successful mode for them. Particularly for their year 9’s who are all put through Bronze Arts Award, having a folder for each student and each part for a picture to go straight into is successful. Adam said for him it was great to be able to use digital means to document his journey, because writing all of the experiences down would not suit his working style. 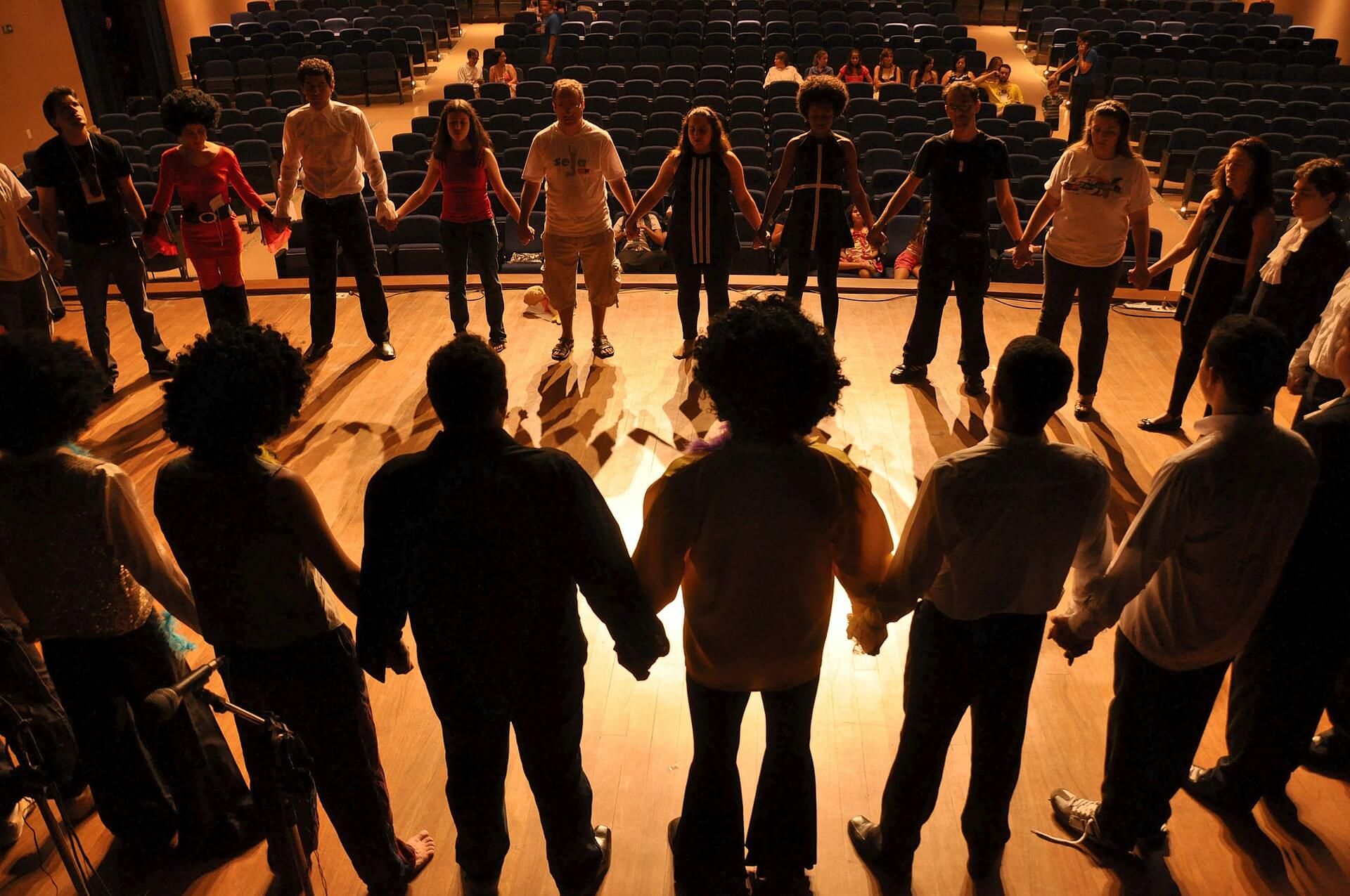 We were really keen to talk to the group about what they decided to research for their arts issue, discovering that everyone came up with a diverse range of topics. Once they had completed these, this culminated in a debate style event with teachers and parents to question the young people on their findings and opinions. Adam’s surrounded actors and their educational background and how much this plays a part in their success in the industry. He concluded that the name of the institution is not actually the issue but the financial support that the aspiring actor has in the beginning. This is because, initially, an actor may have long periods between jobs, which does not equate to financial stability and therefore the support of parents/guardians can be crucial. However, this is off-putting for those who could not lean on another for financial support. Holly researched why there are not as many female directors in the film industry and found that reputation plays a huge part in repeat success for directors such as Steven Spielberg. So, despite her initial thoughts surrounding gender inequality, which she stressed is a huge part of this too, the problem lies with trying to break into an industry who plays it safe and can be closed off to new directors. As well as these two really insightful pieces of research, the group looked at LGBTQ misrepresentation in the media, the decline of the arts in education and closure of gig venues in Leeds.

When asked about the direction they would like to take in the future, many of the group stressed that the arts will play a huge part in their lives, whether that be in career or hobbies. Caitlyn, who is applying for a degree in Pharmacy, made a really interesting point that confidence plays a huge role in any patient facing situation and for her, having that performance experience has really boosted her confidence with this. In addition, with many of the group writing applications for UCAS, these transferable skills are really coming into their own when putting them ahead of other candidates. Holly actually found her first choice University when looking for an acting course and realised through the process of Arts Award, in the part where the young people research Arts Practitioners, that it was in fact Drama that would suit her best because she could keep up acting and also her writing and directing. Bailey also found his first choice course through the process of making films in the leadership project and Becca realised, through her work experience with a graphic design company that the arts are not something to be afraid of as a career. She said she had never realised that you could have a stable job within the creative industry but now would like to pursue a career in graphic design with this new confidence.

Obviously, from what we heard from the young people, our views on the skills you can gain from this award were confirmed. However, it was useful to hear from Anne about what an adviser might gain from putting a young person through Arts award and how they’ve embedded this at Guiseley. 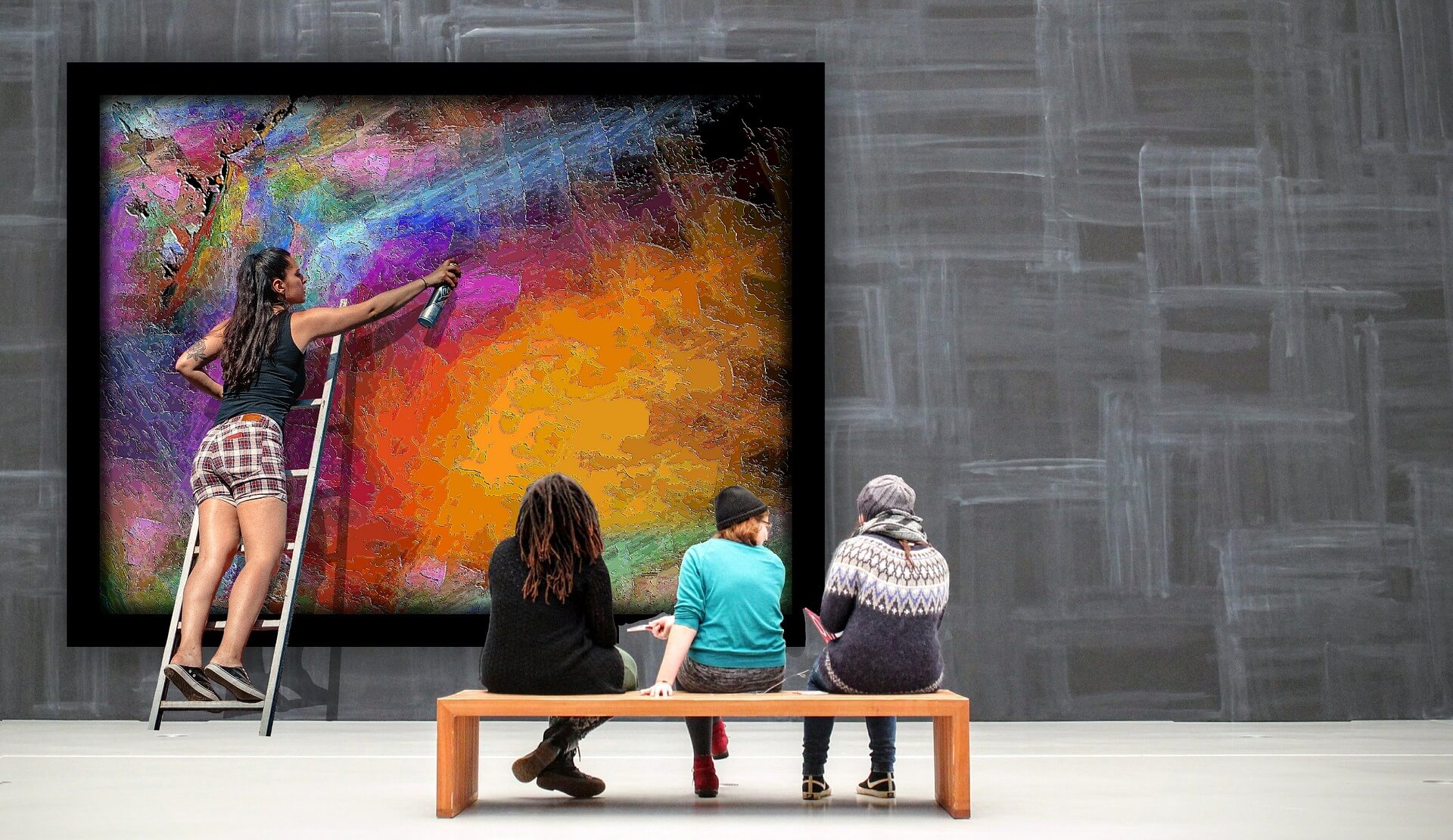 Firstly, the whole of Music Art and Drama run Bronze Arts Award over the summer, so all Art, Music and Drama staff are trained as an adviser. For Gold, they structured one hour a week into timetabled time and the group agreed this really helped and encouraged them to keep going with it. In terms of what an adviser might get out of the process, and why it’s so important to the school is that it’s one of the first times children get asked, “what do you want to do?” Many of the staff then discover hidden talents from the students that they didn’t know about before. Anne commented that teachers are always striving for performances from shy students and these often happen as soon as the young people hit their Bronze Arts Award. Moreover, working with students from other year groups also helps to build respect and acceptance between the young people and there is a sense of pride in each other’s achievements. Anne also agreed that having Arts Award embedded into the school has helped them to achieve their Artsmark Platinum too.

The whole group agreed, that with the decline of Arts subjects in schools, Arts Award provides an outlet for those who don’t enjoy or succeed with the Ebacc subjects. It means that talent and creativity can not only be practised but developed into a transferable skill for many things in later life, whether that is a career in the arts or not.