Entries to Arts Subjects at Key Stage 4 a Report by Education Policy Institute seeks to provide clarity to debate surrounding the impact of Ebacc and Progress 8 on the take up of Arts Subjects at A-Level.

Changes to school accountability measures in recent years have focused on increasing the take-up of a group of core academic subjects. The introduction of the English Baccalaureate (EBacc) and of Progress 8 has prompted concerns that arts subjects may be at risk, as they are not included in the EBacc. This report offers new insights into this issue by analysing trends in entries to arts subjects by Key Stage 4 cohorts between 2007 and 2016. It includes comparisons between different regions, and variations by pupil characteristics, such as gender, socio-economic status, and prior attainment. In order to identify potential causes of the patterns identified, the statistical analysis is supplemented by small-scale qualitative research obtained via a survey and interviews with current secondary school teachers. 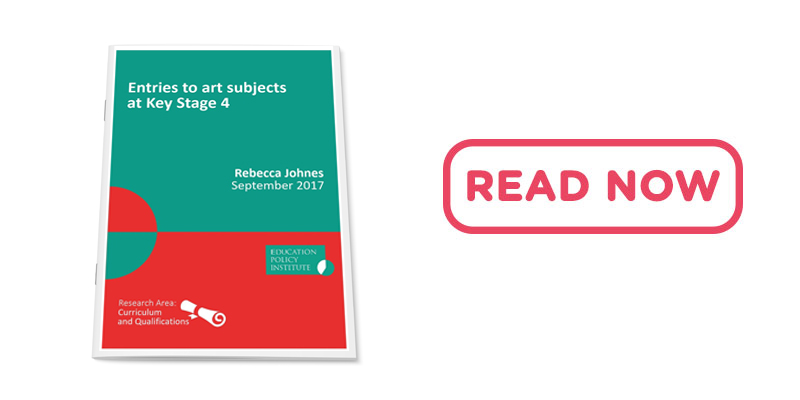 It’s well worth reading the entire report but some key takeaways that might be of interest are:

Read the rest of the report.