Oldfield Primary – A Small School with a Big Family

Oldfield Primary School has seen a wealth of benefits from Artsmark ranging from building a community to increasing pupil’s and teacher’s enthusiasm.

Oldfield Primary is a small, rural school outside Keighley in West Yorkshire. They have only 58 pupils on role and a higher than average number of pupils on the SEND register. Indeed, many families travel long distances to enrol their children at Oldfield. They know they will get the care and support their children require there. Two years ago, Fiona Lidstone-Green, headteacher at Oldfield Primary, decided to apply for the new Artsmark. She is in no doubt about its benefits:

“For schools in our position (a small school, rurally isolated), the Artsmark is fabulous.”

Fiona had noted that it can be difficult to build a real sense of community around Oldfield. Their cohort is gathered from such a wide geographical area so parents rarely come together. This made the school-to-school community even more important. Therefore, Fiona decided to join up with her cluster of local primary and secondary schools and apply for the Artsmark together. 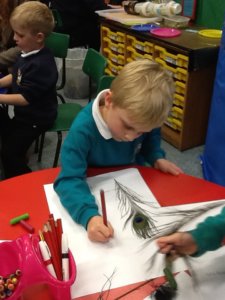 As the leader of a school who held the previous Artsmark, Fiona wasn’t looking forward to the paperwork. However, she quickly realised how much easier the new Artsmark was to engage in. It became even easier as a result of the cluster of schools supporting each other through the process. As many have noted when applying, the process revealed that the school was doing more than it thought. At first glance, Fiona thought the school would not fulfil the criteria for Silver. After auditing the provision, she realised she would.

Not only was the process easier, Fiona thoroughly enjoyed putting her sole focus on the arts for a while:

“There is so much pressure on standards (in literacy and numeracy), this was like therapy. The Artsmark actually address the social and emotional needs of my children.”

So what tangible changes have happened as a result of the Artsmark?

Most significantly, the cluster is increasingly defined by its collaborative working. More and more teachers from each school are getting to know each other and work together. Children from the primary schools are working with those from the secondary schools. Collaborative planning is happening regularly and meaningfully. Teachers and pupils alike are increasingly feeling like members of a large and diverse family. 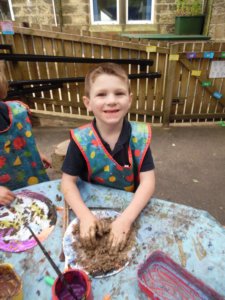 In a school with just 5 working spaces, the value of widening the pupils’ worlds is huge.

“[My pupils] can watch secondary students and aspirations grow.”

So why does Fiona believe the arts are worth investing in?

“Expressive arts help these children. I know of one girl who has struggled all the way through school. But she joined the choir and sang her socks off at a concert. That confidence fed back into the classroom and she was suddenly much more willing to talk. Everything improved as a result.” 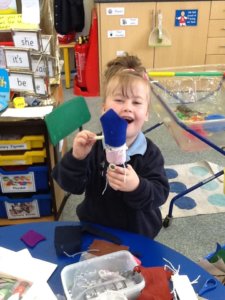 And what about the cost of the Artsmark itself?

Fiona believes that the financial benefits of clustering has already justified the cost of the Artsmark.

“Being able to share resources and staff has given the children opportunities they would never otherwise have had.”