Home / Impacts / Pockets of Excellence: Film Education in Yorkshire and The Humber

Pockets of Excellence: Film Education in Yorkshire and The Humber

Pockets of Excellence: Film Education in Yorkshire and The Humber is a report by IVE (formerly CapeUK) which reviews the state of film education in the area. 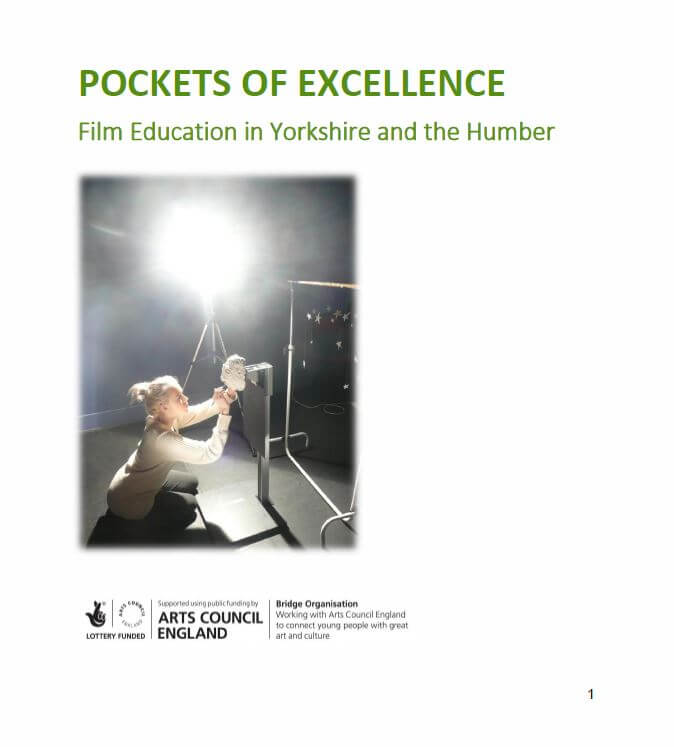 As the Arts Council England (ACE) Bridge Organisation for Yorkshire and the Humber, IVE is charged with connecting children and young people with opportunities across the whole cultural spectrum, including increasing the uptake of both Artsmark and Arts Award across the region. Following the Henley Review of Cultural Learning, film is now part of this remit. This report is based on the findings from research carried out early in 2013 in response to a commission from CapeUK. The remit was to map the current film education provision in Yorkshire and the Humber, identifying strengths in the region, gaps in provision and opportunities for development.

In addition, the report asks how a stronger regional infrastructure, also linked to national initiatives, could be developed to support the expansion of film education for children and young people.

In preparing the report we consulted and interviewed a wide range of stakeholders involved in film education from arts, cultural, local authority and education sectors. The key sources of information for the report were:

The process was carried out at a time when many of those consulted were subject to significant changes due to cuts in funding, whilst also waiting to hear who the BFI 1 5-19 national film education provider would be and what that provision would look like. We would like to acknowledge that our research focuses on existing provision in the region, but also work which has taken place in the recent past (the last five years). It is a timely snapshot of activity that is current, that which is under threat, but equally that which has the potential for development and dissemination.

Information was gathered about film education initiatives by local authority area and sector and analysed to identify: