The David Ross Education trust are committed to funding all 34 schools in the trust to achieve Artsmark, but why do they see it as so valuable?

In December, Grimsby’s Havelock Academy learned they’d received their Platinum Artsmark Award. To say that Deputy Principal, Emma Marshall was delighted would be an understatement. As a former Head of the Arts Faculty, she was determined to make room for the arts amongst her other many responsibilities because:

“We can’t leave the arts alone; it’s too important.”

Jamie Healy, Cultural Enrichment Officer at the David Ross Education Trust is in full agreement. His position began as a role across all subjects. However, when the team realised that said role was being stretched too thinly, they decided to narrow the focus onto just the arts. In an educational environment in which the core and EBacc subjects are so often prioritised at the expense of the arts, this is a wonderfully refreshing change.

Indeed, The David Ross Education Trust have committed fully to Artsmark, and commit half of the registration fee to all of its schools, and on an ongoing basis. As I write, only 3 of their 34 schools are yet to begin their Artsmark journey.

What difference has the Artsmark process made to Havelock Academy? 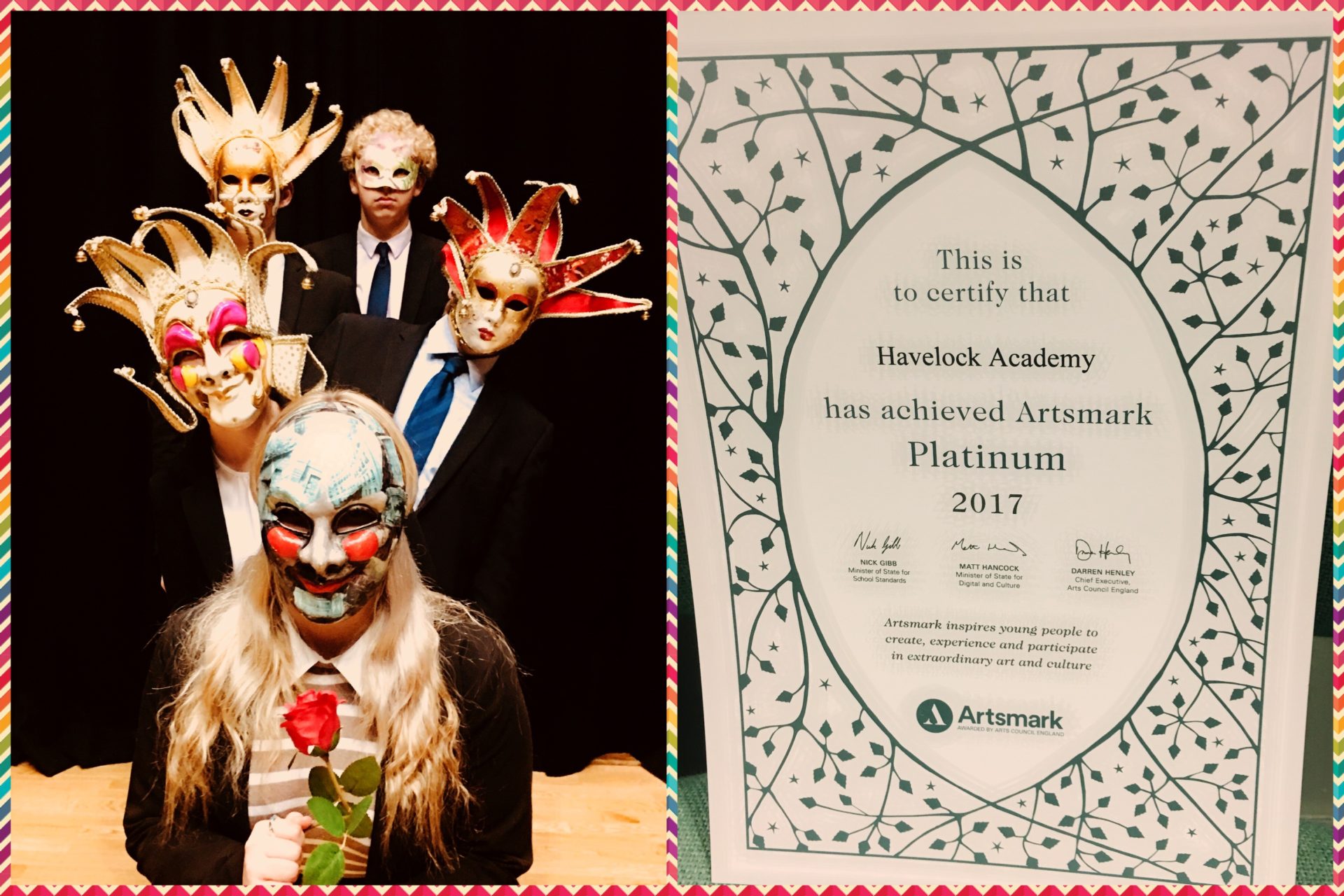 Emma explains that, historically, there were many enrichment opportunities on offer within Grimsby. However, in recent years these have significantly dwindled and The David Ross Education Trust has not just plugged these gaps but provided more opportunities than there ever were for Havelock. Suddenly, students were able to attend and take part in the arts in places such as the National Portrait Gallery and Kelham Hall in Newark. Across the Trust, schools are regularly brought together for competitions and festivals, leading to both a love of and a desire to be outstanding in, the arts.

In less newsworthy ways, Havelock’s Artsmark journey has led to a truly sustainable approach to the arts. Whilst examining the Artsmark criteria, the team realised that there needed to be more security and accountability within the leadership of the arts. Rather than relying on an arts-friendly governor’s ongoing interest, they instead decided to formally nominate that governor to a post with direct responsibility for the arts, and to have the arts as a standing agenda item at governors meetings. This subtle shift has ensured that there is no chance that the arts can get side-lined or ignored by more headline-grabbing strategies or measures.

Why are the arts so important at The David Ross Education Trust? 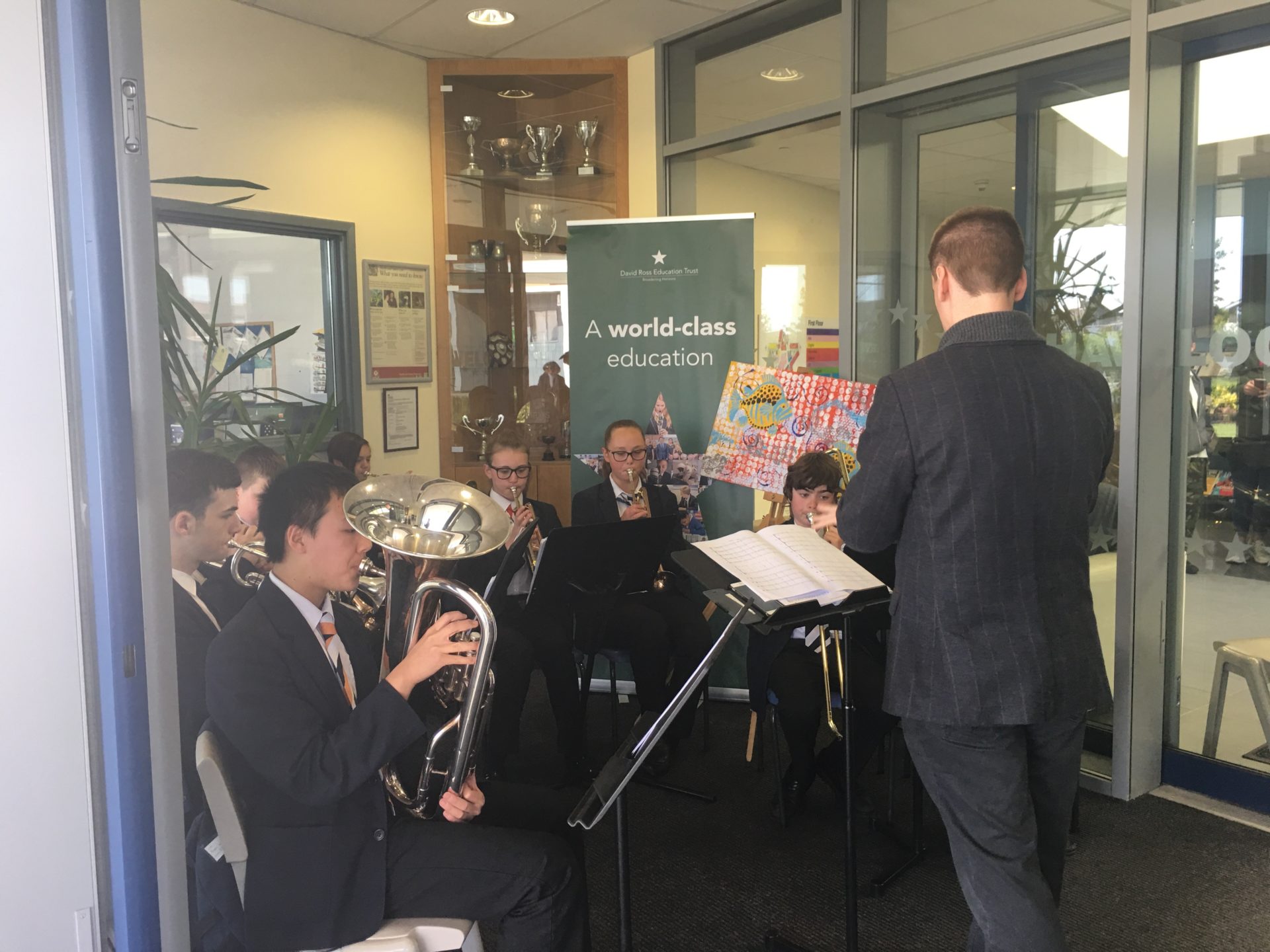 Havelock Academy was the first school to join The David Ross Education Trust. David Ross is originally from Grimsby and his vision has always been to focus as much on the whole person as on the exam results. At Havelock they came up with the mission statement of ‘Broadening Horizons’ and this became the cornerstone of the Trust’s approach. There is a fundamental belief that the arts and sport nurture core personal, interpersonal and communication skills that are essential for a healthy, successful and happy life. Many of the Trust schools are situated in areas of deprivation and their mission is to provide a standard of education and opportunity that attendees of public schools take for granted.

To the Performing Arts faculty at Havelock, nowhere is this more evident than in the Havelock Academy Youth Theatre. Staff work with students after school on Fridays all year-round, working towards the big whole-school show.  Following the sell-out success of last year’s Grease, this year’s Beauty and the Beast is building to a brilliant pinnacle. What makes it so special is that it’s a team effort; the Drama department looks after the acting, Dance looks after the choreography, Music looks after the singing and band, Art designs the set and props, and Hair and Beauty provides the hair and make-up. This teamwork is as important for the health and well-being of the staff as it is for the students.

As Havelock’s main Drama teacher, Emma Brown, points out, the after-school sessions provide time for the team. As well as working together and both appreciating and learning from each other’s particular areas of expertise, they also just feel closer. Indeed, the staff regularly get kicked out by the caretaker a whole hour after the last of the students has left. And they rarely end up talking about the show. They’re just talking, reflecting, celebrating the week and energising themselves for their weekends.

Where do the arts fit into the bigger picture? 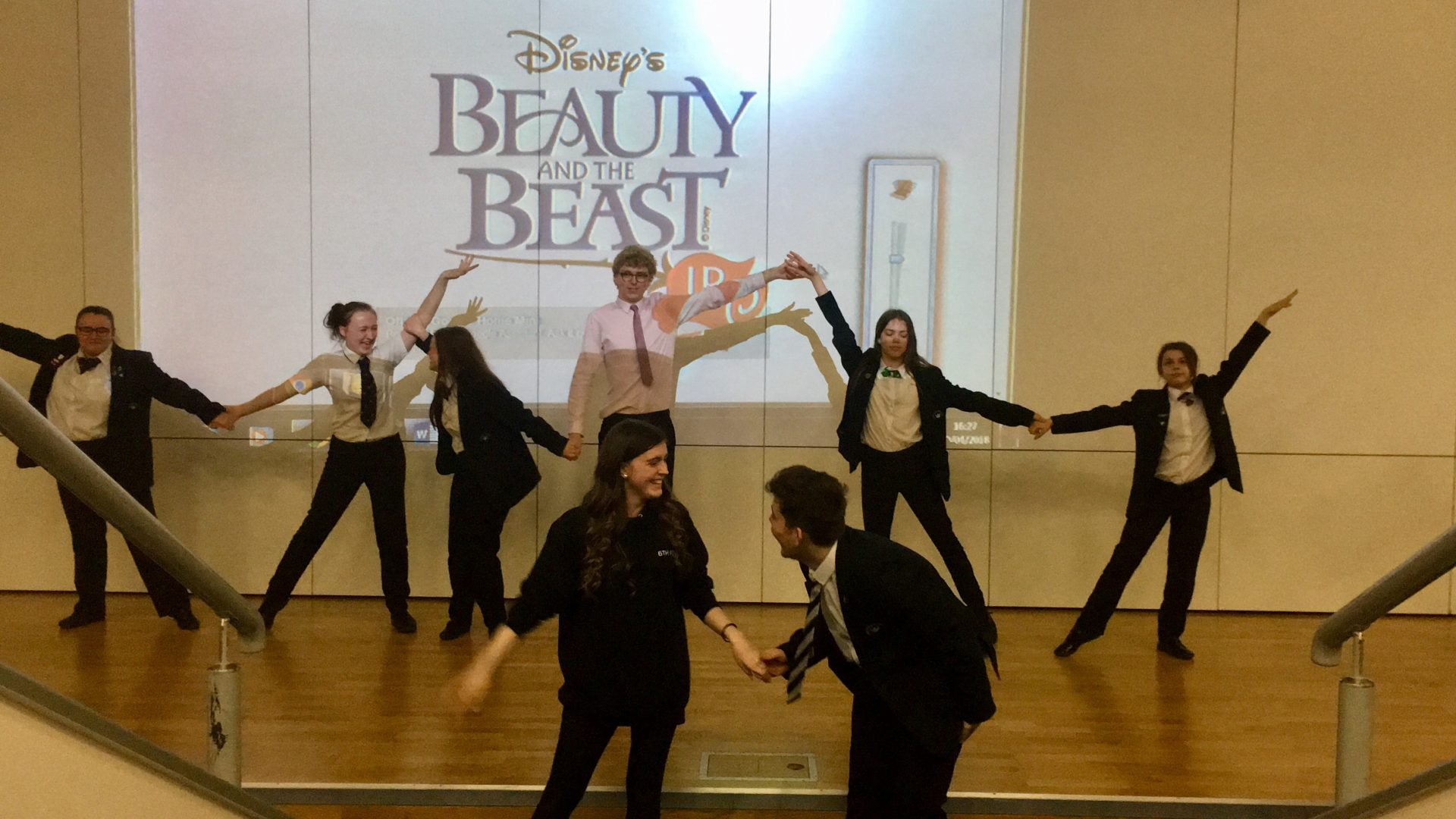 As a result of the Artsmark journey, Havelock has played a more active role in supporting other schools – both Trust schools and its local feeder primaries. The Fantastic Fridays voluntary CPD sessions have introduced non-arts staff to the value of the arts across the curriculum. Emma Marshall has seen freeze frames used in Geography, dance used to teach the Solar System in Science and the twice-yearly display competition has seen a huge improvement in standards following the Art department’s input.

The Nazi trials enacted in role play in History, and the more creative presentation styles taught to students across the curriculum are merely examples of one of the biggest differences that the Artsmark has made at Havelock. Generally, there is a lot more risk-taking from the non-arts teachers. The other big difference is that there has been a greater awareness that, students that take part regularly in the extra-curricular and timetabled arts provision, achieve better outcomes across the board in examinations. 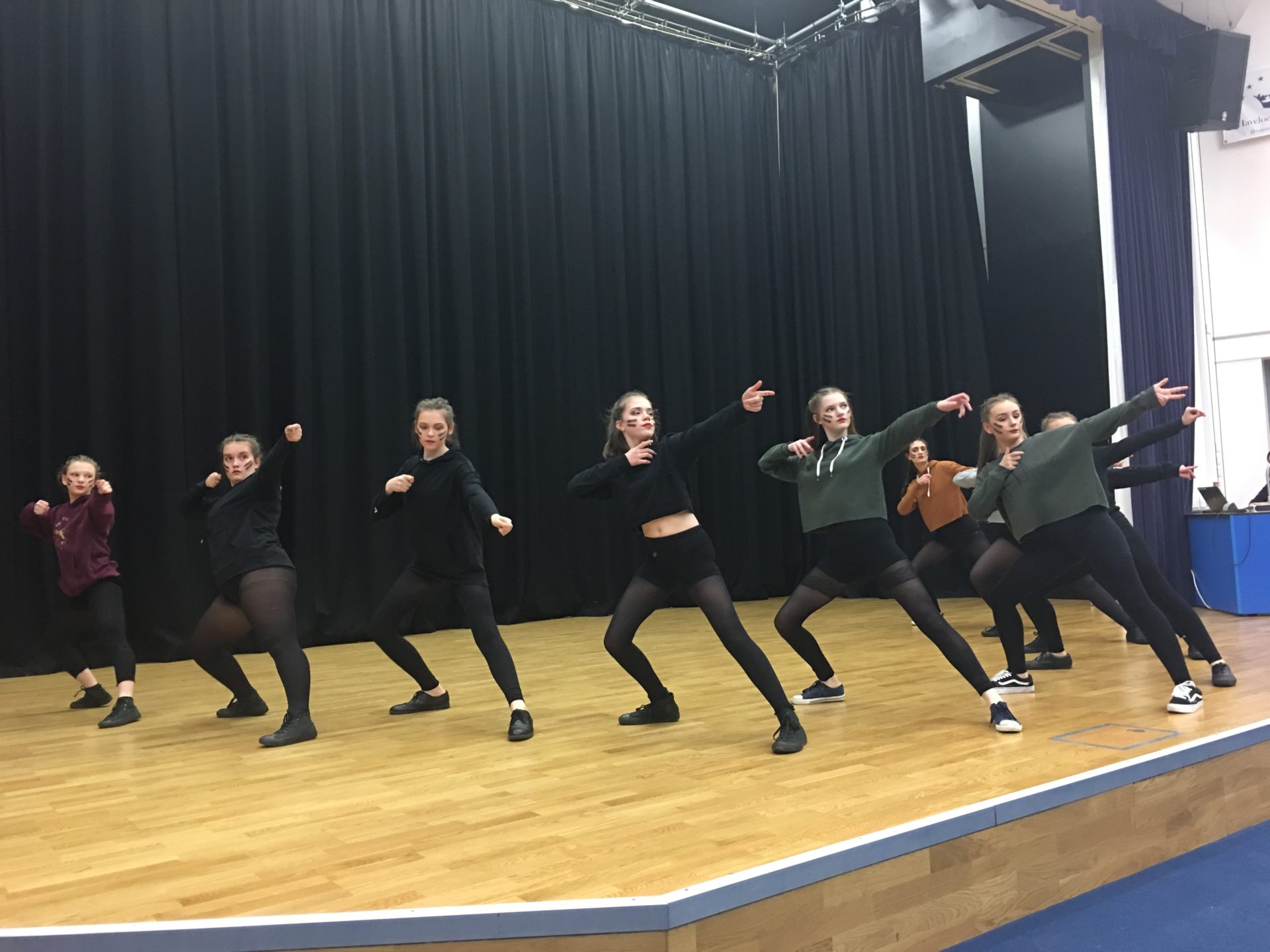 Emma has loved the focus on the school since receiving the Platinum award in December. She has spoken at an Artsmark Celebration event in Hull and wrote an article on the Hub in the TES.

Those at The David Ross Education Trust are, not surprisingly, equally delighted. I asked Jamie why the Trust was prepared to spend £250 (half of the Artsmark registration fee) for all of its schools, every two years. His reply was immediate:

“We strongly believe in the arts and we recognise that the Artsmark is a fantastic measuring and fine-tuning device. It funnels provision towards specific goals and allows each school to set the goals relevant to their context. What’s not to love?”

Interested in registering for Artsmark? You can find out more information on our Artsmark page.