Young Roots, Your Roots was a series of projects in Yorkshire in 2004 that worked to develop community cohesion through creative activities.

This PDF reprints a summary guide that reviewed 3 projects and sought to share the lessons learned about how to successfully manage creative community cohesion projects, with a wider audience, in the hope that they will assist other people planning similar activities elsewhere, particularly if they are about to embark on this kind of work for the first time. 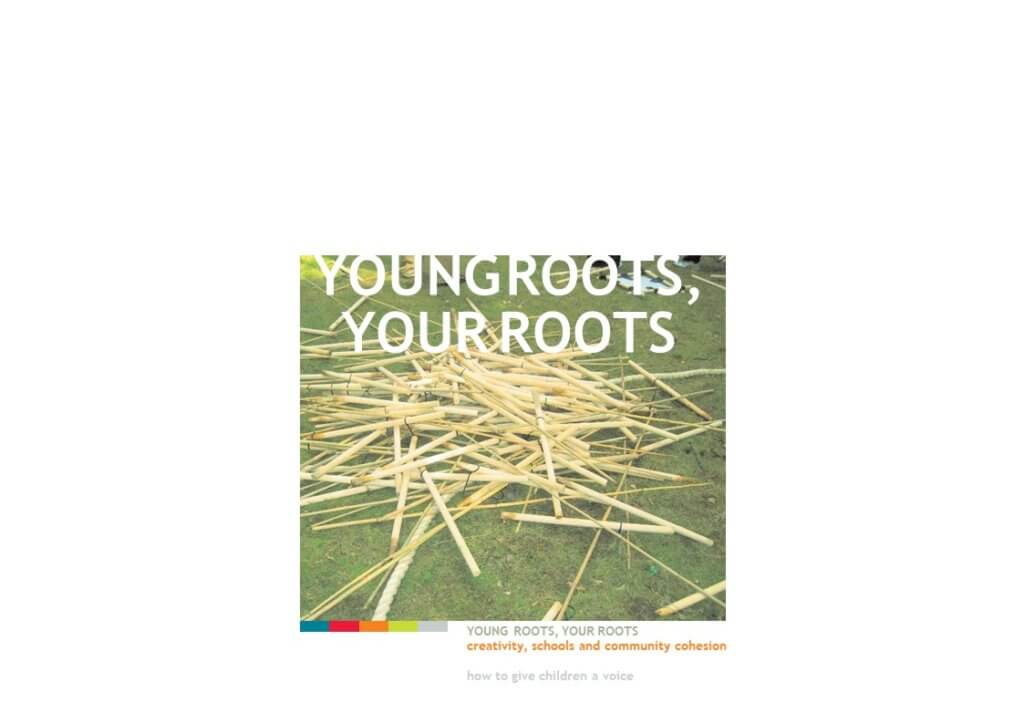 This guide analyses three community cohesion projects, involving schools and community groups, which took place in Hull, Leeds and Calderdale in the summer of 2004, under the title Young Roots, Your Roots and with the support of a Regional Steering Group. The aim, in each case, was to give children and young people opportunities to take part in a creative activity with their peer-group from other schools and cultural backgrounds. There was, on the whole, no overt reference to community cohesion, no preaching or prescription. Instead, the intention was to open up a space in which the participants could make their own sense of what it means to be part of a diverse and complex community; and to establish partnerships which could support further work of this kind in the future.

Although the activities described here took place in Yorkshire 2004, they were a response to issues facing schools and communities in many other parts of the country and which remain relevant today. Indeed, there is little evidence that community cohesion has improved significantly in the last decade.

The programme of activity was funded by the home office, through the regional government office, and came about as the result of a partnership between the following agencies: The Children’s Fund, The Community Facilitation Programme (Yorkshire and Humber), IVE (then known as Cape UK) and Creative Partnerships.