Home / The Power of Play

The Power of Play

Games and play aren’t just for children, they’re a crucial component in any creative process and can benefit adults, businesses and any organisation. Here, Drew Rowlands outlines what we get wrong about play and how it can help us all.

Creativity, as the word suggests, is about creation. It’s about using the imagination in order to generate new ideas; a form of expression or finding solutions. Human beings are innately creative, meaning we can all be creative on a daily basis and in all situations. For many though, the creative behaviours that underpin that ability have been buried during our journey to adulthood. 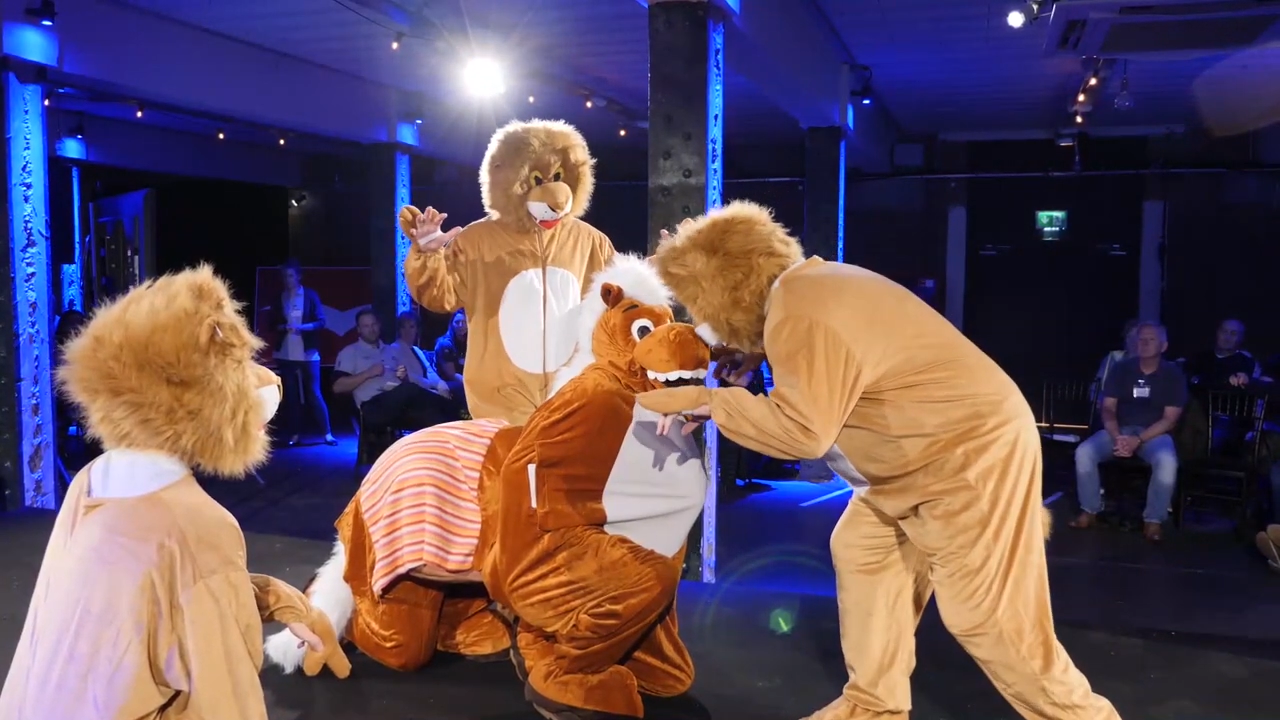 In 1968, George Land devised a creativity test for NASA to help select innovative engineers and scientists. The assessment worked so well he decided to conduct a research study to test the creativity of 1,600 children ranging in ages from three-to-five years old. He re-tested the same children at 10 years of age, and again at 15 years of age. The results were; at 5 years of age, 98% of participants had ‘genius’ levels of creativity, at aged 10 this has reduced to 30% and by the age of 15, levels had reduced to just 12%. The same test, which has now been conducted with over 1 million adults suggests a meagre 2% have the same level of creativity as 98% of 5 year olds.

“What we have concluded, is that non-creative behavior is learned.”
Land 1993

This is reinforced continuously in modern society. Type ‘Imaginative Activity’ into google and click on images. You will not see an adult in sight, just page after page of young children, predominantly girls, engaged in playful activities.

Given the global as well as local disruptors that businesses are facing, and the agility they will need in order to navigate the increasing complexity of societal as well as economic landscapes, the need for people who have the capacity to generate ideas or relearn creative behaviours will become paramount. In a recent survey undertaken by the World Economic Forum, Creativity was highlighted as the third most important work skill that will be needed by 2020. The top two are Complex Problem Solving and Critical Thinking; both of which, it could be argued, are facets of creativity. 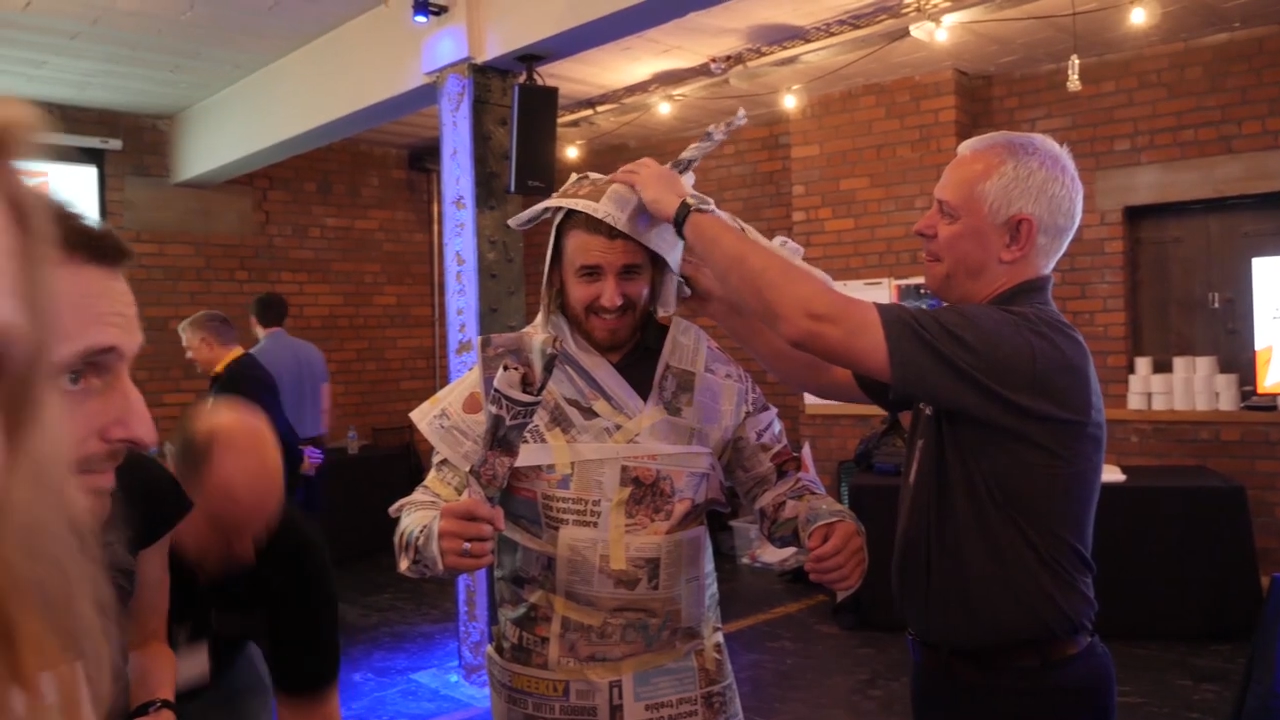 So, how might we rebuild the capacity to be creative in 98% of the adult population who appear to have lost that ability? One simple method would be to re-establish the 5-year-old mindset in which ideas are generally generated without constraint. A first step on the way to achieving this is through play and playing games.

Games are a powerful learning tool that enable participants to grow and develop through a safe and non-threatening context. But more than that, they can offer an analogy or metaphor for very real problems and issues that need to be addressed, and through playing the game, new and original solutions might be found. They can help teams reflect on behaviours; analyse the effectiveness of communication; examine strategic processes; even reveal things such as appetite for risk, buy-in to vision and the ability to drive productivity. They also fundamentally stimulate the imagination, the ability to make connections, to question and challenge assumptions and to envisage what might be.

“Play is the beginning of all knowledge’, whilst Carl Jung believed ‘The creation of something new is not accomplished by the intellect, but by the play instinct.”

I have recently been working with a group of middle leaders from Altrad, one of the largest industrial service providers in the UK, and have seen first-hand, the impact that a programme of guided play, and learning focussed on creative development can have on confidence, innovation and productivity. Don’t get me wrong, to begin with, it wasn’t easy. It took careful structuring and facilitation for the group of 15 to let down the barriers that had been built over the years, particularly as the industry Altrad serves is energy; highly regulated with strict health and safety regimes in place. However, once barriers were breached, every single participant quickly embraced the process and began to see new possibilities both for themselves and for their business. People who had rarely spoken to each, let alone worked together, were able to establish a level of trust within hours that would normally take several years to develop.

Interested in our work with Altrad? You can find out more in the video above.

By taking people back into that 5-year-old mindset; by taking them out of their comfort zone, but in a safe and playful way, we were able to establish a level playing field in which hierarchy and status were left at the door and participants genuinely started to revel in the freedom and lack of constraint that the games offered.

I’ve delivered training for many years and to many different sectors, but there is a moment that still sends a tingle down my spine! It is those moments when transformation is palpable – those moments when people suddenly ‘get it’ and appear to grow before your eyes. I see this far more often through the use of games and by being playful than through any other form of staff development. Ideas are generated more freely, unique solutions arrived at more efficiently and a depth of collaboration that would put the highest performing teams to shame, more routine. This was certainly true for the Altrad staff. Feedback stated impacts ranged from better problem solving, collaboration and communication to confidence in dealing with staff and gaining promotion! 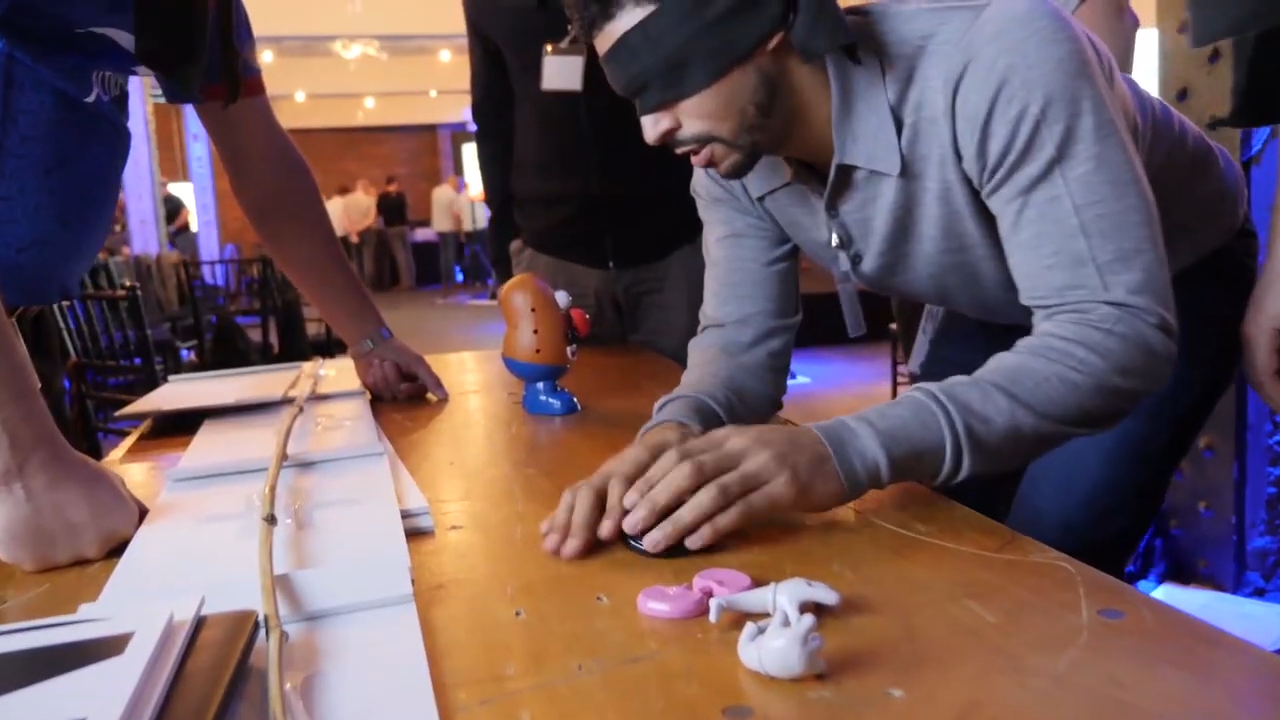 I think ultimately, using play as a first step to building or rebuilding creative capacity establishes a state of mind that is more malleable to change and development. It allows people to view the world, or their context through a different lens and grasp possibilities that might otherwise be missed; these abilities I believe, are becoming more crucial day by day.

There is one final aspect of play that should not be underestimated; its ability to engage and make people laugh. A common feature of the 10 months I worked with the Altrad team was the fact that the room was filled with laughter during every session. The knock on effect on wellbeing might be difficult to measure but is none the less really important.

A few little icebreakers below – go on, try them with your team – you know you want to!

A: 1-10 – Sit your team in a circle facing away from each. All you have to do is count from 1-10; but only one voice can speak at a time. If more than one person says a number you have to start again. – Do not allow people to come up with strategies (I’ll say 1, you say 2 etc.)

C: Rule of 3 – The group sits in a circle and has to ensure that there are 3 people standing at all times without verbally communicating.

Interested in how IVE can support your business to be more creative. You can find out more here. Or get in touch at Drew@weareive.org